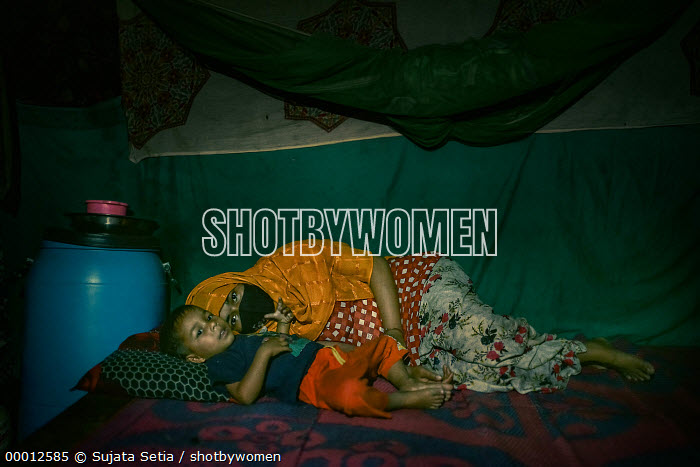 Originally a muslim ethnic group from Myanmar, which is a Buddhist majority nation, they were refused citizenship and were murdered, pilfered, raped and driven out of their homes in masses in 2017, by Myanmar's military rule.

Since then, the Rohingyas have effectively become the largest stateless population of the world. They do not count in the census of any nation and hence are a human race, that doesn't really exist for the world.

Over a million of them have been taking refuge in neighbouring countries such as Bangladesh and India but even in those nations their status is that of an "illegal immigrant" and not "refugee".

Needless to say the conditions in which they live in those camps isn't for the faint hearted.

The camp that I visited in Delhi did not have a toilet for an entire camp with over 500 refugees. So they walk almost a km to an open field, each time they need to attend to nature's call.

But despite being the most marginalised community perhaps on earth... it isn't that the tussle between the powerful and the weak ends here. The Rohingya men perpetuate this circle of social abuse by oppressing women from their community and stripping them off the most basic human rights.

But whom do these women go to find redress? How do they break the cycle of abuse? How do they secure the future of their children? And most importantly, How do they become Visible again?
Thanks to The Azadi Project that helped me in creating this series.
Creation date
28 Mar 2022
Reference
00012585
Part of
Albums
Availability
World wide
Rights
Royalty Free Rights Managed
Release
No Model release Model release Model release not applicable No Property release Property release Property release not applicable
Restrictions
Editorial only Editorial Commercial only Commercial Not available in your territory () Some restrictions apply but the file is available for download Delivery of this file is blocked Immediate download blocked Not available to agents
High res
7360 x 4912pixels
2 MBsize on disk
0.00
Hide keywords Show keywords